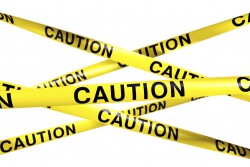 Not to worry, leaders of the Edgemont Community Council were told, the assisted living facilities would only be allowed on minimum four-acre lots and, besides, they said, because these were major commercial facilities that would also have a substantial need to be reached quickly by emergency medical personnel, we are requiring that they only be built within 200 feet of a state or county road.

The zone change was hastily written two years ago — ironically by the same lawyer trying to get a zone change for a commercial project on Dobbs Ferry Road — to accommodate a 100-bed assisted living facility proposed for Benedict Avenue near the Tarrytown border.

But the second 100-bed assisted living facility to be proposed happens this time to be in Edgemont, on the site of the former Sprainbrook Nursery, at the corner of Underhill and Sprain Roads, neither of which are state or county roads.  In fact, the project doesn’t even meet the minimum four acres required.

How can such a huge commercial project as this, which doesn’t even satisfy the requirements of the recently changed zoning ordinance, get proposed in the first place?

The answer is that once a municipality declares, through a zone change, that a commercial property like this can legally co-exist in residential neighborhoods zoned only for single family homes, the applicant can simply ask the zoning board for a variance.

One would think that this being the first big test of the town’s new assisted living ordinance, the Town Board would assure residents by taking the lead in examining whether, all things considered, allowing this type of mammoth-sized commercial facility in a residential neighborhood zoned only for single family homes, where for public safety reasons, the Town requires that it be located within 200 feet of a state or county road, is in the best interests of the Town, which is also one of the criteria that must be satisfied in order for the facility to receive its “special permit.”

And given the huge uproar on Dobbs Ferry Road where residents there object to a proposed rezoning of residential property to allow a mammoth sized commercial sports facility to be built, one would certainly expect the Town Board to take the lead in making sure that, having already approved the zone change for assisted living facilities in all residential neighborhoods over the ECC’s objection, any and all concerns about locating a 100-bed assisted living facility that doesn’t even meet the zoning ordinance’s threshold public safety criteria, are fully addressed.

But no, in an apparent effort to keep this mammoth project for Edgemont under the radar, the Town’s planning commissioner, Garrett Duquesne, is asking the town board tonight to approve a resolution “confirming that the Town Board of the Town of Greenburgh has no objection to the Planning Board’s intent to be Lead Agency in connection with a Site Plan and related applications by Formation Shelbourne Senior Living Services, LLC” for its application to build a 100-bed assisted living facility on a site that doesn’t meet the minimum land requirements or the requirement that it be within 200 feet of a state or county road.

The Planning Board voted at the beginning of its meeting on April 15 to declare its intent to be “lead agency” for the Shelbourne project, but in so doing, considered none of the implications of its doing so — and consistent with its practice, the planning board did not invite or solicit any input from the public who might have urged them not to do so. Indeed, the planning board acted without even putting the Shelbourne application on its agenda so that the public would know it was being discussed.

Mr. Duquesne, the planning commissioner, evidently thinks the best way to get the Shelbourne project approved, is to put the planning board in change, thus minimizing the role to be played by the Town Board.

Here, the town board is in an unusual position.  In order to get a special permit from the town board, the applicant’s project must have a minimum four-acre lot and be within 200-feet of a state or county road.  But, because this is also a zoning code requirement, the applicant can get around those requirements by asking the zoning board for a variance.

Because this is a new zoning law, the zoning board has never before been asked to excuse these requirements for an assisted living facility in a residential neighborhood and the town board, by taking a backseat as Mr. Duquesne recommends, will not be providing any guidance.

Thus, if the purpose and intent of the requirement that the facility be located within 200 feet of a state or county road is to allow medical emergency personnel quick and easy access to a facility where many such trips are likely to occur, the zoning board might guess that’s the case, because it’s just common sense, but it would really have no way of knowing for sure.

That’s because, in its haste to get the zoning change approved, the town board didn’t say much about the requirement when it was first enacted.  But if the Town Board goes along with Mr. Duquesne’s recommendation, the zoning board won’t get much guidance.  And neither will Edgemont’s first responders in a medical emergency.  Is the test whether emergency personnel can respond as quickly on Underhill, a long and winding road, as they could on a state or county road?  If they can respond, but just not as quickly or as safely, is that good enough?  What if they can respond, but it would be lot better if the curve on Underhill Road just before the Sprainbrook Nursery were straightened out? Who would decide that? The zoning board? The planning board? The town board?

But even if the zoning board grants the variance, what then? Would the town board, knowing that the zone change was specifically intended to limit these assisted living facilities to certain residential neighborhoods that could meet the criteria, grant the special permit anyway?  Wouldn’t that in effect be setting a precedent that effectively amends the zoning code to eliminate the criteria altogether?

Important public policy issues likes these, which will have enormous implications in Edgemont, likely won’t get addressed if the town board accepts Mr. Duquesne’s recommendation and let’s the town’s planning board take the lead on the the Shelbourne application.

And the lesson for residents of Dobbs Ferry Road is that once a zone change is approved allowing commercial projects in residential neighborhoods,  the limiting circumstances under which such zone changes may be granted can  easily be discarded by the granting of one or more variances by boards appointed by the town board — and the town board, having already weighed in by allowing the commercial use to co-exist in a residential neighborhood — won’t have anything further to say.  Indeed, if the Shelbourne resolution tonight is any example, the town board may seek to evade responsibility altogether.

This entry was posted in Town Board, Town of Greenburgh, Zoning and Planning and tagged Local, Local News, Local Politics. Bookmark the permalink.