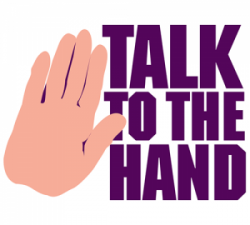 As predicted, the Greenburgh Town Board tonight issued a “negative declaration” finding that Shelbourne Formation’s proposed 80-unit, 94-bed assisted living facility in an Edgemont residential neighborhood at the corner of Underhill and Sprain Roads – which is more than a mile from where such facilities in unincorporated Greenburgh are legally permitted under the Town’s zoning law — will “not have any significant adverse environmental impacts.”

In unanimously approving its“negative declaration,” the Town Board withheld the text from the public until two minutes prior to the start of the meeting – thus making it impossible for residents to analyze the changes and their legal significance in terms of whether the applicant will ever legally be required to mitigate any of the many impacts residents have identified – but the Town concluded was not worthy of study.

Requests to put off the vote until residents could analyze the changes to the text over what it said when it was held over two weeks ago, when a similarly flawed document was released to the public at the last minute, were ignored.

Two weeks ago, the Town Board approved the negative declaration, but Town councilman Diana Juettner abstained, prompting council member Ken Jones to declare, after he had already voted yes, that he had questions and asked that the vote be put over.

In making its finding tonight, the Town Board dismissed as not worthy of further study almost all of the concerns raised yesterday by the Greenville Fire District, which is Edgemont’s first responder when it comes to medical emergencies.

And even though the State Environmental Quality Review Act or SEQRA mandates that the Town take a “good hard look” at impacts any proposed development such as this would have on quality of life, including impacts as to noise, the Town Board concluded there was no need to study any impact from emergency sirens that an estimated 100 or more emergency calls to the facility annually are likely to have on the many homes along the mile-long Underhill Road corridor.

Ms. Juettner was absent from the meeting and Mr. Jones announced that all his questions, the substance of which he never disclosed — were answered.

The Town Board’s stroke-of-the-pen findings of no impact on hundreds of Edgemont residents who live along the mile-long stretch of Underhill Road from Central to the site may surprise unsuspecting Edgemont residents since the Town’s zoning law allowing assisted living facilities in the Town’s residential neighborhoods was limited to sites within 200 feet of state or county rights-of-way precisely to protect residential neighborhoods like theirs from the noise and traffic associated with emergency medical vehicles having to travel through them at high rates of speed in order to get to such facilities, and the Town gave no notice to these residents that the Town was effectively extinguishing their statutory protections.

Edgemont resident Jeffrey Sherwin, who lives along the Underhill Road corridor, repeatedly asked the Town to study the impact that the additional noise would create by using existing data showing how many times emergency medical teams have had to respond in the area today versus what is projected.

Town officials, however, were apparently not interested in such data. Two weeks ago, the proposed “negative declaration” dismissed concerns about noise by stating, falsely, that the Greenburgh Police Department and the Greenville Fire District would turn their sirens off when responding to emergencies at the facility.

In fact, New York State Vehicle and Traffic Law, Section 1104, requires that emergency vehicles use sirens and flashing lights when responding to a medical emergency.

This time though, rather than include a statement in its findings that on its face violates state law, the Town Board simply concluded, without data or analysis, that “[t]he possible impacts with respect to noise are deemed small” and that “[t]he projected vehicular emergency trip generations are not anticipated to have a significant impact on local noise quality.”

The Town Board likewise dismissed a myriad of safety concerns raised by the Greenville Fire District.

At a work session meeting Tuesday, Greenville Fire Commissioner Walter Groden said better data was needed as to the number of emergency medical calls likely to be generated, that because of the dangerous downward hairpin curve on Underhill Road approaching the site there was a need to study what could be done to make the turn safer by, among other things, acquiring land from Con Ed and building a shoulder on the narrow two-lane road for vehicles to pull over in an emergency; that access to Underhill Road has from time to time been cut off because of fallen trees; and that study therefore needs to be done as to the impact on response times if Underhill Road is not available.  He also said that the number of emergency calls would differ depending on whether the facility was just opening up and its staff not as familiar with the medical condition of its residents, in which case there would likely be more calls, than when data is collected from a facility that’s been in operation for a longer period of time.

The number of calls also depends on whether the facility provides in house medical care, as is often the case with nursing homes, in which case there would likely be fewer calls, and for profit assisted living facilities which employ no medical personnel of their own and rely entirely on local municipalities to furnish emergency medical care, in which case the numbers would be much higher.

By issuing its “negative declaration,” The Town determined that none of these concerns warranted further study, and lumped together the number of responses from nursing homes and assisted living facilities, with no analysis of the data collected or its source.

Rather than call for these concerns to be studied, and condition its approval on satisfactory mitigation of these issues, which is what the Town Board normally does when major land use applications are filed, the Town Board instead said only with respect to the dangerous hairpin turns on Underhill that, “As permitted and feasible, the applicant also proposes to grade portions of Underhill Road to allow for additional shoulder space.”

In short, instead of having an independent consultant study what could be done and recommend a mitigation plan, the Town decided to leave it up to the applicant to look into the matter and only do something about it if in the applicant’s sole judgment and discretion its remedy is “feasible.”

ECC president Bob Bernstein said he was disappointed by the Town Board’s thumbing its nose at the concerns raised by Edgemont’s fire district and residents, but not surprised. “We tried everything we could to try to persuade the Town Board to take the good hard  look that state law requires, but it was clear from the outset that the Town’s process was to reach its conclusion first, and then look for ways to justify it.”

“Unfortunately, when the Town Board disregards process in favor of a pre-determined result, their actions undermine the legitimacy of all of the Town’s land use decisions, now and in the future, which should be of concern to all Edgemont residents,” he added.

Town councilman Francis Sheehan, who apparently played a role in the town board’s decision to withhold the actual text of the revised negative declaration from the public until two minutes prior to the start of the meeting, defended the last-minute posting, saying that most of the text from two weeks before was unchanged, and that the changes were marked in red and underscored.  The changes did not, however, show what was deleted, and important stakeholders, like the Fire District and Edgemont residents impacted by the findings, were never shown the revised document at all.

Mr. Sheehan also stated that the public should not have been surprised that the Town acted as it did because the town board Tuesday said it wouldn’t pull the negative declaration from its agenda unless certain additional data that was collected showed things different from what had the Town Board had previously been told.  However, if anything like that was ever said on Tuesday, it was not said publicly, which added to the concern of residents that the Town’s action tonight was in furtherance of decisions made behind closed doors with the developer whose land-use application it is actively championing.

Mr. Sheehan is also the chairman of the Town’s Comprehensive Plan Steering Committee, as well as the Town’s internal land use committee, and his actions tonight on Shelbourne, and in particular the purposeful withholding of the revised “negative declaration” document until the last possible moment, may underscore growing concern among Edgemont residents that the town’s elected and appointed officials cannot be trusted to make decisions that impact future land use anywhere in Edgemont.

Town Supervisor Paul Feiner defended approving the “negative declaration” claiming, among other things, that it would result in hundreds of thousands of dollars for the Edgemont School District and the Fire District.

In fact, the project will not result in any additional revenue to either district.

Mr. Bernstein explained that if $500,000 in taxes is paid, it would mean that, based on Edgemont’s current blended tax rate of 3.34%, the Shelbourne building would have an appraised value of $15 million.

However, the total appraised value of Edgemont today, after reassessment, is $2.7 billion. Because school taxes are spread ratably over that $2.7 billion tax base, adding another $15 million to that base would have a very small effect on what Edgemont taxpayers will pay for school taxes – and, of course, Shelbourne’s annual tax payment will not result in a penny more going to the school itself since the school’s budget is fixed by voters every year.

On a $1 million home in Edgemont, that nine cents translates into a savings of about $90 on an annual school tax bill of around $20,040.

Mr. Feiner nevertheless insisted when the vote was taken that the school, fire and town would all get incrementally more revenue if the project was approved and when residents in the room said that was not true, he appeared for several minutes to lose his composure and repeatedly called his critics “liars” and insisted he had a right to “express his own facts” even if they happened not to be true.

He also said it didn’t matter to him what the Fire District had said because Edgemont resident Helene Orce, who chairs the Fire Commissioners, said she was in favor of the project. However, Mrs. Orce repeatedly said she was speaking only for herself when she expressed support for the project and not on behalf of her board, which was on record in writing and at the town board work session Tuesday on the need for further study before any SEQRA determination is made.  The Fire District’s letters calling for further study, as well as the comments it made at the work session Tuesday, were nowhere mentioned in the “negative declaration” document.

The Town’s action was part of a longstanding campaign in favor of the project and to try to influence the Zoning Board of Appeals which is now considering whether to grant a variance from the zoning law’s requirement that the facility’s site be within 200 feet of a state or county right-of-way.

Ironically, the “negative declaration” recites that in reaching its conclusions, the Town Board, with the Planning Board and the Zoning Board of Appeals, “have utilized a Coordinated Review process under SEQRA.”

In fact, though, contrary to the Town Board’s findings, the Zoning Board of Appeals played no role whatsoever in the “negative declaration” determination.

As a result, the Zoning Board itself may conclude that it may need to conduct its own SEQRA notwithstanding what the Town Board purported to have done.

The Zoning Board will continue hearing the Shelbourne variance at its meeting next Thursday, June 16, at 8 p.m. at Town Hall.